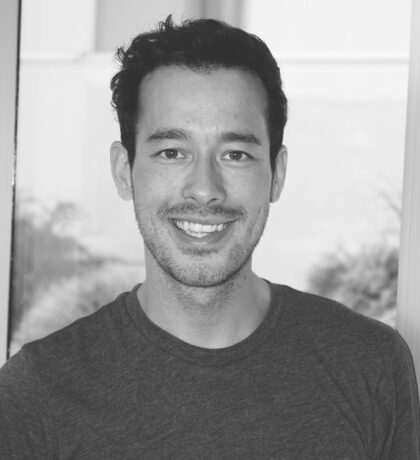 Keven Lee began his dancing career in the Université de Montréal’s dance troupe directed by Erin Flynn. He then studied contemporary dance at Concordia University and at the Divertimento Ballet School. After completing his studies, Keven worked with the company ID Danse on A Melancholic Journal choreographed by David Pressault. He has also been working with Sébastien Provencher for several years on various creations, such as Serait-il impossible de vivre debout, presented at the Quartiers Danses Festival in 2013. Parallel to his work as a dancer, Keven is pursuing a Research Master’s degree in rehabilitation, using dance in his work with autistic children. Keven joined the Sursaut Dance Company in 2013 for the production The Cicada and the Ant.